SHANGHAI, November 8 (China Economic Net) – As the cradle of Indus Valley civilization, Pakistan is rich in cultural intellectual property. Is it possible for them to gain a foothold in the Chinese market? The China International Import Expo (CIIE) offers a solution.

Monthly sales of apparently ordinary doll cat related products featured at CIIE on Taobao, China’s leading e-commerce platform, are over 3,000 items. Who would have thought that the prototype of this cat was the Egyptian Gayer-Anderson cat housed in the British Museum, 8,000 kilometers from China? The Chinese do not need to go to the British Museum, they only have to click the mouse to buy the cultural and creative products developed by the British Museum. 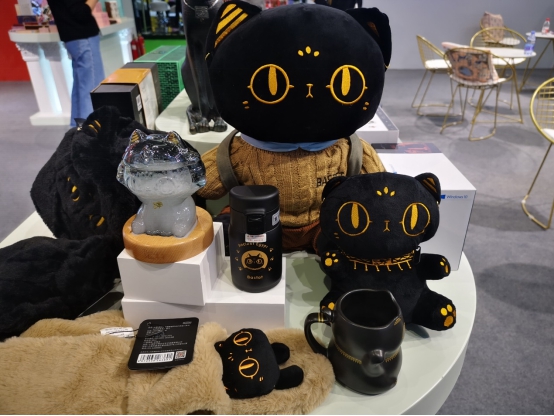 Photo shows a cartoon image of Gayer-Anderson cat and its related products.

These days, the cute Gayer-Anderson cat is one of the British Museum’s featured IPs and has made a lot of money. Monthly sales of its related products, including scarves, ornaments, weather forecast bottles, on Taobao exceed 1,000 items.

So why are the cultural and creative products developed by the British Museum sold in China and favored by Chinese consumers? “About five years ago, by chance, we signed an agreement with the British Museum to obtain its exclusive exploitation and authorization of intellectual property in China. We help them to cooperate with Chinese brands, develop cultural and creative products, promote them in China and achieve commercialization. of art products, ”Zhu Yixuan said. 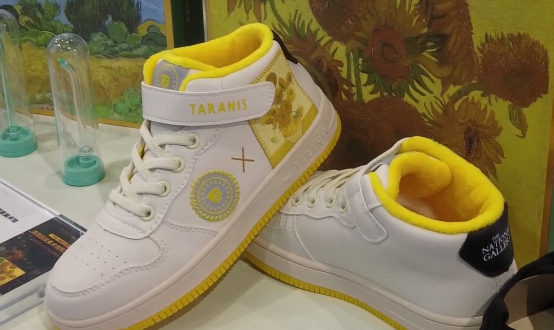 The photo shows cultural and creative products based on Van Gogh’s paintings.

What museum products can become more popular once they are turned into creative products? Zhu Yixuan told CEN that the products related to Egypt are well received because their artistic and mysterious elements are the selling point. The themes of paintings by artists like Van Gogh, Monet and Mondrian and fairy tales like Alice in Wonderland, Cinderella, Little Red Riding Hood, are favored by Chinese consumers. These original manuscripts are collected in museums. We conduct research and development of beauty products with cosmetic companies on popular fairy tale themes among girls. 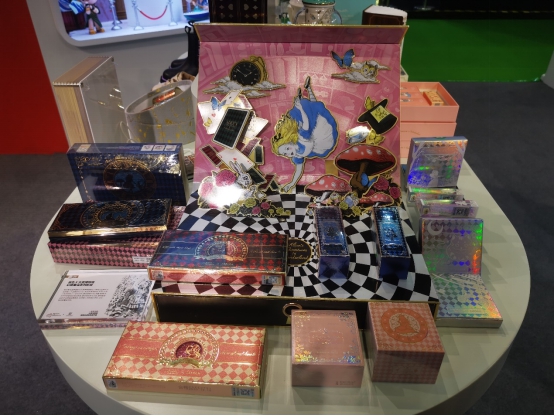 The photo shows makeup from the Alice series.

Today, museums in China are entering the cultural and creative era. For example, the Palace Museum and the National Museum of China have launched stationery, makeup and other creative products that blend cultural and fashion elements to attract young people while generating income for museums. Currently, the Palace Museum’s flagship cultural and creative store has 4.5 million subscribers on Taobao, while the British Museum, operated in partnership with a Chinese company, has 2.16 million subscribers on Taobao.

Since the British Museum’s creative products are preferred by Chinese consumers, can Pakistan with a longer history try to create creative products? Cradle of the Indus Valley civilization, Pakistan is home to one of the oldest civilizations in the world. In addition, Mughal art and architecture are globally recognized, so the associated royal products have the potential for intellectual property development. The ancient city of Taxila is the world famous center of Gandharan art and one of the destinations on Xuanzang’s journey to the west. The Chinese know the history of Xuanzang, and the legendary Tianzhu, the destination of Xuanzang’s journey to the west, is full of mystery to the Chinese. In addition to the intellectual property related to the ancient Silk Road represented by the Xuanzang pilgrimage, Pakistan also owns the Lahore Museum and the Peshawar Museum. Can Pakistan cooperate with Chinese enterprises to develop cultural products and promote them in China to achieve win-win result and generate income?

In this regard, Zhu Yixuan said that at present, he has cooperated with the British Museum, the Metropolitan Museum of Art, the Victoria and Albert Museum, the Boston Museum of Fine Arts, the National Gallery and others for exclusive authorization and operation in China. . We hope to cooperate with museums in more countries around the world. “We are very interested in cultural exchanges and crossbreeding. For example, a cultural cooperation program between the Metropolitan Museum of Art and the Shanghai Museum has been launched on the theme of cultural mixing. We hope there will be more such cases in the future. “