What do Samuel L. Jackson, Stephen King or footballer Tony Romo have in common?

In addition to their notoriety and their professional achievements, all suffer or have suffered episodes of urinary incontinence.

In recent years, healthcare aimed at maintaining the good condition of the pelvic floor has become popular. However, in virtually all cases it is about the health of women during pregnancy, postpartum and aging.

The reality is that the male sex is also sensitive to urosexological disorders muscle type. That is to say, pathologies which alter urination, defecation and / or sexual relations due to alterations of the perineum. This is what is called all the muscles, tendons and ligaments that make up the pelvic floor.

Sometimes these problems are caused by sports such as cycling, rugby, athletics or tennis.

Although, in most cases, in men, they are caused by other conditions such as benign prostatic hyperplasia and prostate cancer.

Benign prostatic hyperplasia is a very common disease and its incidence increases with age.

It is estimated that about 70% of men over 50 have this alteration. It is totally cancer independent. It can coexist with a malignant tumor but does not necessarily degenerate into it.

Typically, prostate cancer grows on the periphery of this structure. However, the adenoma is closely related to the urethra.

A man should suspect that he may have developed a benign prostate adenoma if he experiences: pain during urination, you have intermittent urination (such as pushing), your urination is weak (a “loose squirt”), you have late urine drops after the end of urination and you notice that the number of daily and nightly voices increases.

All of these symptoms cause inguinal hernias and hemorrhoids (or worsen if they have done so before). Both due to the exertion associated with urination and its continuous repetition (due to the increased frequency of urination). That is, excessive and repetitive stress on the muscles of the perineum.

In addition, the need to expel force to urinate (usually in apnea, that is, by holding the breath) causes an increase in intra-abdominal pressure.

This phenomenon, which might seem independent, causes a downward displacement of the viscera of the abdomen and the consequence swelling of the perineum towards the feet.

These bulges, repeated over time, gradually weaken the perineal muscles.

Ultimately, a vicious cycle begins in which men have to generate more and more force, further increasing intra-abdominal pressure and further deforming the perineum.

The perineum suffers from incontinence and constipation

This is the moment when the urinary incontinence.

It must be said that this process of muscular effort, increased intra-abdominal pressure and perineal deformation occurs in a homologous way in cases of constipation. Therefore, if the two problems coexist, the clinical picture caused will be more severe and progress more quickly.

the urine leaks in men, they are also common as a side effect of endoscopic resection of prostate adenoma and cancer. This procedure can affect certain structures of the urethra, in particular its muscular wall.

In addition, in cases of malignant tumors, if it is necessary to apply radiation therapy and / or chemotherapy, it is also normal for symptoms of incontinence to appear (or for pre-existing symptoms to worsen).

Both nuclear medicine treatments reduce muscle reactivity in general and the area to be treated in particular. 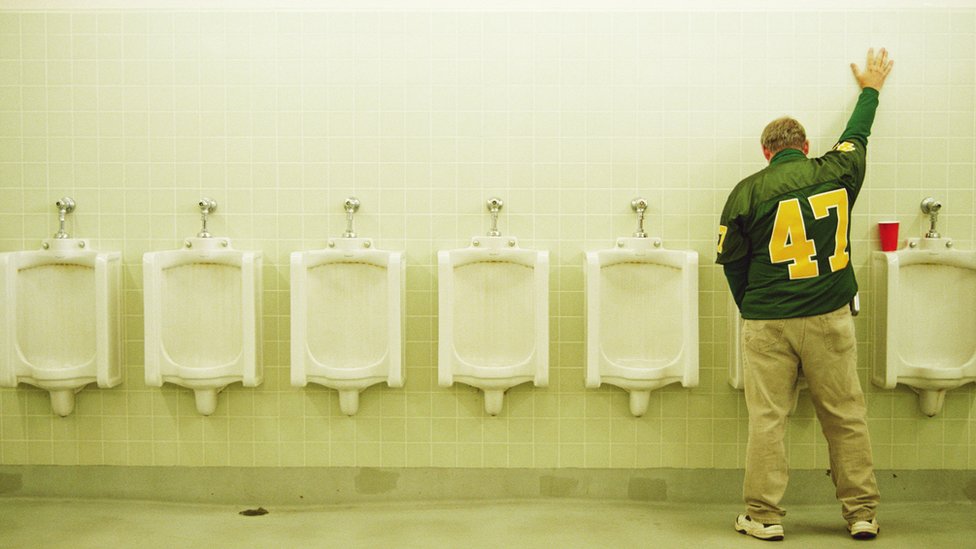 The phenomenon is more serious after chemotherapy treatment when it damages nerve function. In this case, the urinary losses are aggravated and the sexual impotence is frequent.

Urinary incontinence has a cure

Urinary incontinence, as a condition it is, can and should be treated.

Unintentional urine leakage can be prevented with physiotherapy treatment before surgery. This treatment consists of sensitizing and strengthening the perineal muscles and integrating techniques for preventing leaks during exercise.

All of this can be done in the three weeks leading up to the operation, and by improving the physical conditions the patient arrives in for the operation, side effects are less likely.

And if they do develop, they will be less serious.

Despite these preventive measures, it is possible that the muscles are directly affected by the procedure.

In these cases, the treatment generally includes, in addition to the techniques already mentioned, an external perineal and intrarectal massage as well as electrotherapy and an exercise rehabilitation program.

All the techniques mentioned are painless and customizable to the needs of each patient.

Finally, it is essential to standardize the male urinary incontinence.

Speaking publicly about it breaks the vicious cycle of ignorance. Something basic, since taboos and myths promote misinformation and feelings of fear, anguish, anxiety, guilt …

When faced with a urological health problem, men should know that their doctor and specialized physiotherapist can solve the problem with a high success rate.

* Raquel Leirós Rodríguez is Assistant Professor of Physiotherapy at the University of León. This note was originally published on The Conversation and is published here under a Creative Commons license.

Incontinence: a disease that affects 30% of the population and that few dare to talk about

Remember that you may receive notifications from BBC Mundo. Download our app and activate them so you don’t miss out on our best content.