AAt first glance, the title of this essay may seem a little odd. During the first half of the 2000-10 decade, India was praised for its excellent economic performance by economists, expert commentators and international agencies. It was one of the fastest growing economies, and there was an emerging consensus that if India followed the right policies, by 2025 it would be the third largest economy in the world. Optimism about India’s growth potential was further heightened by India’s success in avoiding “contagion” after the 1997 financial crisis in East Asia, which negatively affected a number of countries. other developing countries. In 2004, India’s balance of payments position was stronger than at any time in its history after independence, and it had one of the highest levels of foreign exchange reserves in the world, s’ amounting to $ 130 billion.

It was certainly true. However, for the future, it was not clear whether India’s current position would hold up for the long term. So, for example, as early as 1956, the Second Five-Year Plan was launched with great fanfare after considerable debate among leading economists in India and abroad. The Plan was supposed to bring about a transformation of the economy, to make India self-sufficient and to eradicate poverty within the next 25 years, that is to say in 1981. However, very quickly, the country was plunged into a crisis. major exchange rate and remained trapped. for the next 20 years in a vicious cycle of low economic growth and severe poverty. Likewise, in the early 1980s, as foreign exchange reserves began to build, the savings rate first crossed the 20% mark, and the economy was in a food surplus, many felt that the time for India’s economic take-off had finally come.

However, before the end of the decade, the economy ran out of steam again and in 1990-91 it was caught in another serious balance of payments crisis. The new government, which came to power in 1991, launched an impressive program of economic reforms, which luckily produced results. The industrial licensing system was abolished, exchange controls were liberalized, import tariffs were lowered and the nascent budget deficit was reduced.

Read also: India needed a crisis to reform. He had one in 1991, thanks to the Soviet model of Nehru & Indira

During the four-year period 1993-94 to 1996-97, the growth rate exceeded 7 percent per year, and once again India’s economic future has sparked considerable optimism. However, the economy quickly slowed down again and in the first three years of the new millennium (2001-02 to 2002-03) the average growth rate was less than 5 percent, in part due to severe drought. from 2002-03. The situation changed dramatically again in 2003-04, and the growth rate was expected to exceed 8%, which was the second highest growth rate in the world after China, whose growth rate was close to 10%.

Of course, there was no unanimous or unequivocal answer to this question. There was indeed a fundamental shift in India’s global economic position and the opportunities for it to accelerate its growth rate were truly immense. Given the changing role of knowledge-based services (such as professional and IT services) in overall growth, a nation’s sources of comparative advantage were very different from what they were 50 or even ago. 20 years.

Very few developing countries were as well positioned as India to take advantage of the phenomenal changes that had taken place in the areas of production technologies, international trade, capital movements and labor force deployment. qualified work. From India’s point of view, an important shift in production technology has been the importance of computers and software in the value of output and productivity in all sectors of the economy, including the making. India possessed the knowledge and skills to produce and process a wide variety of industrial and consumer products and services.

Read also: Modi government’s industrial policy shows run out of ideas and brings India back to before 1991

Another important factor in India’s favor was the international mobility of capital and the integration of global financial markets. Domestic savings continued to be important for the development of the country. However, the scarcity of national capital was no longer a constraining constraint. The increased mobility of capital had allowed global resources to flow to countries with high growth and high returns. It was now possible for India to participate in the virtuous circle of higher growth, greater external capital flows, and increased domestic income and savings, which in turn could lead to further growth.

If there was any doubt about India’s immense “potential”, realizing the benefit of new opportunities would require a shift in the country’s vision for the future and its economic strategy. Changes have undoubtedly been made in this direction, particularly in the 1990s, but much remains to be done. According to current calculations, it was not yet clear whether economic performance in the foreseeable future would significantly exceed the post-1980 trend growth rate. Economic performance in previous years had certainly been much better than that of the three decades. earlier (less than 4 percent per year), but they were certainly well below India’s potential. If India were ready to seize the opportunities that presented themselves, the trend growth rate could be 8% per year or more. There were, however, three important factors that could hinder or delay the realization of its full economic potential. They were:

3. the growing “disjunction” between economics and politics in public life. 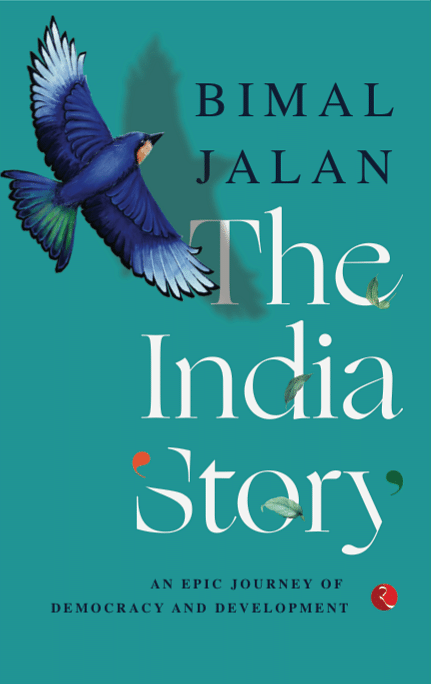 This excerpt from “The history of India” through Bimal jalan has been published with permission from Rupa Publications.

India is all the more in need of free, fair, uninhibited and questioning journalism as it is facing multiple crises.

But the news media are in a crisis of their own. There have been brutal layoffs and pay cuts. The best of journalism is shrinking, giving in to crass spectacle in prime time.

ThePrint employs the best young reporters, columnists and editors. Supporting journalism of this quality requires smart, thoughtful people like you to pay the price. Whether you live in India or abroad, you can do it here.